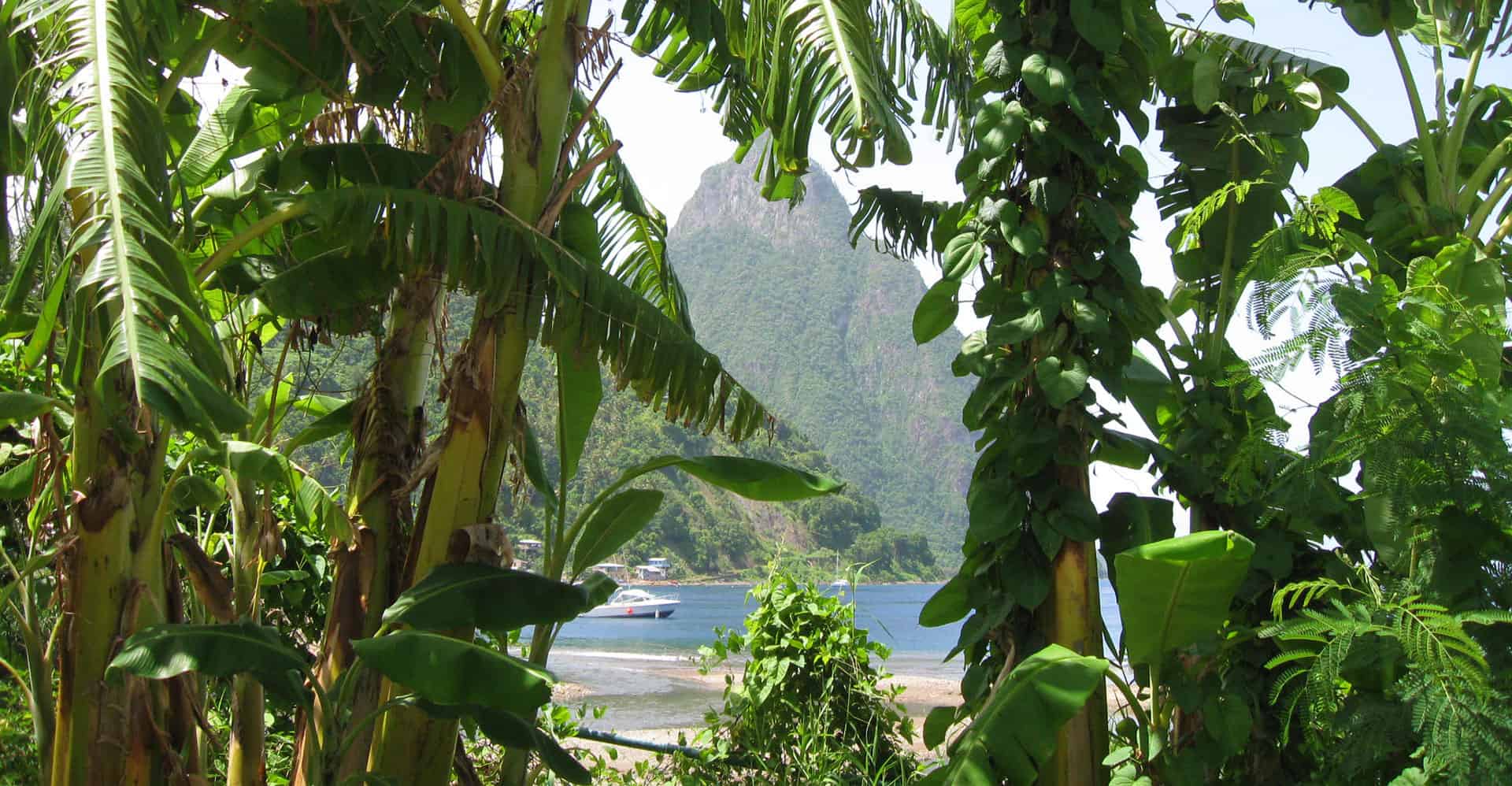 What our guests have to say...

Still dreaming about it

A month after this wonderful tour and still reliving it in my dreams. It couldn’t have been more perfect. Spencer met us where he said he would at the time he said to be there, just steps from the ship. A quick walk and we were on the boat. He’d lost his voice the day before but did a great job filling us in on the way down to the beach. The boat wasn’t crowded at all and it was a quick and fun ride down. And what a beautiful spot!!! We’ve been to a lot of the islands but this was the first time in St Lucia and it took my breath away with its beauty. The approach to the beach, between the Pitons, was outstanding. It was a fast ride and we were there before anyone else and were able to get a couple of lounge chairs ($20 each) for the day. Spencer was always concerned with our safety and enjoyment. They made a great lunch and a couple of hours later we were back on our way. We had been joined by a group of his who had been on a land and sea tour so there were more people going back but he brought in another boat and there was plenty of room for us all. Terry joined us to do the explaining of the areas to save Spencers voice and he was a lot of fun. We took a slower ride back and went into different bays and harbors and saw all kinds of interesting rock formations and of course the bats home in the rock crack. Very fun and interesting. He had us back to the ship in plenty of time. All in all it was everything I had hoped it would be.

Spencer and his group are a professional and fun company and I would recommend them very highly.

My parents and I traveled to St. Lucia on the Southern Carribbean Carnival cruise. After reading a detailed review of this tour from another tourist, we decided to book it as well. We were so pleased with the service we received throughout the day from our guide Small. Everything was thought out from the beverages on the van to the extra time needed to get back to the ship terminal. Our tour really allowed us to get a taste of St. Lucia by taking us to a banana plantation so we can learn about the process of growing bananas, as well as getting some samples to taste! We also had a chance to taste some local fresh bread. Most incredible part of the tour was spending time at Jalousie Beach, located between the two famous St. Lucia Pitons. We learned a lot of interesting information about the island.

Book this tour and it will be the highlight of your visit to St. Lucia.

The best tour ever – not to be missed!

We have just got back home from a Caribbean cruise, and we all agree that the ultimate highlight of our 2 week holiday, visiting 9 different islands and going on many different excursions, was Spencer Ambrose’s Jalousie Beach Break tour on St Lucia.

As soon as we got off the ship, we were greeted by Spencer and his team (who were very punctual throughout the trip). We were taken to Jalousie Beach by Spencer on his fantastic speedboat, which was so much fun! Spencer was a great guide, telling us about lots of interesting landmarks as well as explaining what life is like living on the island.

Nestled between the famous and spectacular Pitons, Jalousie Beach was like paradise. It had very clean facilities, wasn’t overcrowded and had a view to die for! Spencer also lent us snorkel gear and we had a great time snorkelling there. We were given a huge variety of drinks from sodas to delicious rum punch and local beer. The lunch provided was jolly scrummy too. Film stars, Daniel Craig and Rachel Weisz also came on to the beach as it was so beautiful and secluded. We’ve not stopped talking about it since, and we really hope to come back to St Lucia for more Spencer tours!

Thank you to Spencer and his team!

A few years ago I toured with Spencer and highly recommended the same tour when a group of us were in St. Lucia Dec. 2012. After we boarded the boat, I realized I booked the WRONG tour (wanted Land & Sea, but booked Beach Tour.) I told Spencer to just forget it – we were fine with the beach tour. BUT he insisted everything should be right and had a private water taxi pick us up and connect us with the land tour! We enjoyed the land tour and later hooked up with the beach tour. You will not be disappointed with ANY tour by Spencer Ambrose!

I hope I can tour with him again soon!

After showing our holiday pictures to our families we thought back to our great day on the island of Saint Lucia. We did the tour with Spencer’s younger brother Small and he gave us a lot of information about the island and its sights. The tour was well organized, the tour bus was in very good condition and the drive over the island’s narrow and winding roads was memorable – thanks to Small for a safe ride and a great day!

Terrific day by land and sea

My wife and I spent a wonderful day with Spencer. He went out of his way to ensure our trip was up to our expectations. Every aspect was outstanding. We were concerned about getting back on board our ship on time but that wasn’t a problem. Lunch on the beach was lovely.

Our tour guide “Small” gave us a wonderful tour of St Lucia. We luckily had him all to ourselves for the day and it really made it extra special. He gave us time at the stops to take pictures and to enjoy the stop. Not like some companies that rush you along. They provided us with drinks for the day and lunch. Both of these were very much appreciated and good. The only thing we did not get to see was the lighthouse that was advertised as one of the stops. This tour is very highly recommended and no cruise ship tour will beat it with content and price.

I also want to thank Small for a great day from all 4 of us.

We were leary at first since this was our first time doing a tour through cruisecritic.com and not a part of Royal Caribbean tours. But Spencer and his crew made our trip very relaxing.

We had refreshments and food and a warm sunny day to relax at the beautiful beach.

We had a wonderful time on this excursion. Spencer was on time and returned us to this ship in plenty of time. That was one of my biggest concerns not taking a carnival excursion. He and his team were wonderful. Very friendly and made the day enjoyable. The lunch on the tour was awesome! I loved tasting the locally prepared food and there was plenty of it!

I highly recommend this tour group. I traveled with my husband, son and my sister and brother in law.

I would definitely do a tour with them again.

We had a great day with the land and sea tour of St. Lucia. Small was a great tour guide while we were on land and Terry was great while on the water. Spencer was also a great driver while on the boat. We learned so much about the island. Very informative. They all went the extra mile to take care of us. Lunch was also good! In the beginning we were concerned about getting back to the ship on time, but this proved to not even be an issue. They were very conscientious about this too. I would definitely recommend this tour company to anyone.

Thanks for a great day.